Brief thoughts on books you may or may not want to explore on your own.

Care to chat with me more about these books or others? Leave a comment or find me on Twitter – @ProfeJMarie.

I never got around to writing up a review post for May, and I almost decided to skip it altogether and not worry about it, except I read some really good books, and it seemed a shame to let them go by without telling y’all about them. So, to keep it shorter, I’ve broken May and June up into a Young Adult edition and an Adult one.

Today’s the YA one. I’ll catch up with you tomorrow with the adult fiction installment. 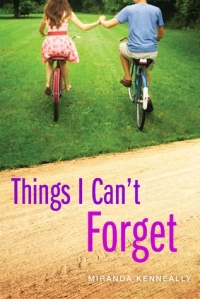 So I have become quite the Miranda Kenneally fan and this one is her strongest novel, yet. Where I felt her last novel, Stealing Parker, glossed over religious and social issues that seemed to be important to the story, this one does a much better job of treating the topic of religion and faith and testing it within real life situations. Kate, the main character, feels like her faith has been tested when she helps her best friend get an abortion. This book maps her journey in trying to reconcile her actions with what she has always learned from her church. For me, Kate annoyed me with her judgmental attitude towards others, but at the same time, Kenneally wrote this realistically as well as Kate’s internal dialogue. The combination is highly successful. In this book, as well as her others, Kenneally shows great young adult situations and snappy dialogue. 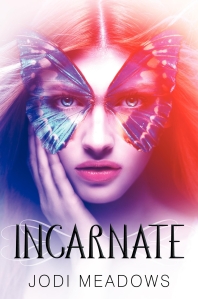 You know how you can read a book – or part of a trilogy – and realize that the story wasn’t amazing, but you still really want to read the last book? Sometimes it’s because you just want to see how it all wraps up. Honestly, I’m not sure I’m on tenterhooks to find out how this one wraps up, but I just really love the relationship between the main character, Ana, and her partner, Sam – which is a little odd, because I find Sam to be a fairly weak character, but I love the support he shows for Ana, who is a strong one.

Ana is born as what her community deems to be a “no-soul”, but this is only because they don’t understand what it means to be, in actuality, a “new soul”, since they have all been experiencing re-incarnation for hundreds of years. With the presence of Ana, however (and the loss of one of those hundreds of years, re-incarnated souls because of it), the community is facing the crisis of why this is starting to happen, how, and what it means for them. The “how” to me feels a little immature (not in the bratty way, but in the inexperienced way), but the entire concept of re-incarnation and the subsequent impact of being able to control it is a pretty interesting one, and Meadows is dealing with that issue well.

These are the first 2 books in another trilogy – one that has a Hunger Games feel with the dystopian setting and specialized factions/communities.

In this dystopia, community members live in specialized areas, called factions, which focus on a person’s supposed natural instincts and behavioral tendencies. A child is raised in her/his parents’ faction until age 16, when those children take a test and choose their faction. The most common occurrence is for children to stay in their given faction. Less common, of course, is for them to switch, as the main character, Tris has done. Further, Tris has discovered that she is of the unspoken variety, which is “Divergent” in that she shows thought and behavioral tendencies for more than one faction. This is perceived to be dangerous.

It’s all typical, YA dystopian fare, and while as an adult, I don’t completely buy into this idea that being “divergent” could so easily have become rare and worrisome, Roth still portrays the concept well. I struggled with some of the character reactions in Insurgent (and if you’ve read the book, you can see more specifics on my Goodreads review), but for the most part, I appreciated the complexity of emotional and relationship obstacles that Tris and her counterpart, Tobias, faced in both books. I really like Tris, the main character, which is by far the best part of this series.

Eleanor and Park, by Rainbow Rowell 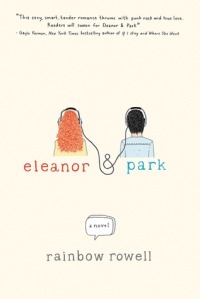 This book had been getting a lot of press, which is what got me to add it to my list. It is a sweet and in many parts, heartbreaking, romance. Eleanor and Park meet on the schoolbus under adverse conditions – which is just to say that Eleanor is new (and non-mainstream in appearance) and Park unwillingly shares a seat with her. Their relationship grows, which essentially saves Eleanor’s life, as her home situation is of the worst kind – under threat of sexual molestation.

Their interactions with each other are sweet and encouraging, which is what really sells this story. The odd part to me is the time period for the setting – 1986. I don’t have any issues with a story taking place in the past if it has a purpose. In this case I really couldn’t see the purpose except for technology. It was as though Rowell didn’t know how to deal with modern communication and music sharing between adolescents and instead of figuring it out, she went back to what she knew. For an adult, many might like the music references and so forth, but I wonder about the true YA audience in this case.

What Happened to Goodbye? by Sarah Dessen

I’d forgotten how much I loved Sarah Dessen until I read this book. I fell in love with ALL of the characters. Every. Single. One.

Mclean, a high school senior, has been moving from place to place with her dad, whose job keeps them in places for only a few months at a time. In each place, she has tried on a new persona, but in this current location, she inadvertently starts to slip into the “real” Mclean. This means, however, that she has to face her real issues, which involve dealing with her parents’ divorce and also with what she wants others to actually know about her.

Each character comes across wonderfully flawed and authentic and probably one of the best of Dessen’s that I’ve read so far.

Currently I am reading Me, Myself, and Why?, by Mary Janice Davidson

More importantly: what are YOU reading? What should I be reading next? Have you read any of these books? What did you think? Leave a comment or send me a shout out on Twitter – let’s chat!

Leave a Reply to Jennifer Has Opinions Cancel reply