Sex and the Modest Writer

In honor of Literary Review’s nominations for the Bad Sex in Fiction awards, I thought now was as good a time as ever to discuss the topic of writing (or reading) about sex in fiction. It also comes about naturally, though, as I just read two books in succession that demonstrate both good and poorer examples of how much sex to include.

Shortly after I wrote about the use of profanity in fiction (Crude, Lewd, Prude, or Just Plain Rude? The Language We Read and Write), the same friend who encouraged that post also suggested this one, so I hereby blame her for anything that comes out awkwardly in this post because I am the “modest” writer in the title, of course.

The basic question is this: Are sex scenes necessary? 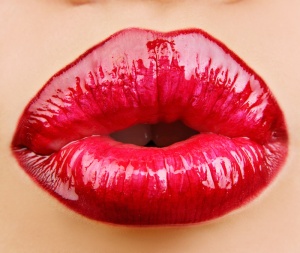 Much like the profanity issue, though, there is a time and place for sex scenes, but more so than profanity, I think, there is a lot more nuance to take into account. For the purposes of this post, let’s not bring the erotica genre (which has several of its own sub-categories) into the mix – mostly because I really just have no valid standing to do so. No, I think I have to speak from my more middle ground. Also, let’s leave fanfic out of the mix, too (which is an entirely different animal because when I do see stories with sex scenes, I frequently just see what fellow fanfic writers call “smut” for the sake of smut and often without any real story behind it – aside from the “real” one that it came from in the first place—this will get me in trouble with some people who will assume that I said or secretly meant “all” when I did not).

So where does that leave us? Well, I think it’s safe to say that we expect sex scenes in romance novels and any other novel that carries a romance storyline. How much detail should there be? How long should the scene be? I recently read two novels by Jennifer Crusie – one was a chick-lit style, Fast Women, the other a solid romance genre, Charlie All Night. Fast Women had sex scenes that worked well for the storyline. They held perhaps a slightly more graphic nature than I thought necessary, but the sex between the two characters reflected each of their strong personalities. The scenes blended well with the plot and the language did not take me out of the story.

The language is key, isn’t it? There are a multitude of posts out in the blogosphere that address this issue. Certain terms can change the feel of the scene and cause me to lose the tone and mood of the story. [CRUDE WARNING – if you need that sort of warning] Terms that lose it for me include “cock”, “mound”, and “mount”. I’m sure there are others, but I don’t really need to brainstorm them all right now for you, do I? George R. R. Martin uses “mount” in his A Game of Thrones, which is one of many reasons why I don’t like that book. There are rare occasions where these terms might fit the tone of a novel, but they definitely don’t belong in a sex scene that is trying to also be romantic.

Overly euphemistic language can be disruptive though, too. Although, I do get a kick out of Jenny Lawson’s  (The Bloggess) term, “lady garden”. However, this should only be used if you want your sex scene to be funny.

I don’t need all the intimate details. In Crusie’s, Charlie All Night, her end sex scene took things farther than I needed in order to buy into the change in the characters’ relationship with one another. This kind of situation is where many writers, authors, and readers might advise that “less is more”.

This “less is more” reflects my own writing. In my first novel, I have a heavy romantic element, and one of my characters is very sexual, influenced by her past. Because of this, sex comes up more often, but I ended up scaling back a great deal with the detail of sex scenes because though I needed the idea of sex to be present, the detailed encounters didn’t necessarily add to the story. In my current novel, there is a subplot of romance, but because it is a subplot, to include long and highly detailed sex scenes would pull a reader out of the story.

But sex sells, you might say. This is absolutely true. However, is what I want readers to remember about my story that there were racy scenes or do I want them to remember my characters and their experiences? For me the answer is obvious. A scene can still be “hot” without taking it all the way through the nitty gritty details of a sexual act. If the sex in the story is not part of romance, I don’t need to read the intimate details, either – a few sentences can more powerfully indicate to me that a sexual encounter was only about sex and not romance better than using detailed language behind it.

As with anything, we need to use our words effectively and efficiently. This doesn’t mean the sex has to be efficient, but the scene needs to efficiently keep a reader within the story and character. If I want a lot more sex and a lot more detail, I will read an erotica novel. Otherwise, it doesn’t really belong.

Do you agree or disagree with my take? Can you think of examples of novels that the plot would become worse if the sex scenes were taken out (not including the erotica genres)?

(For more entertainment about the Bad Sex in Fiction nominations, check out these 2 articles from The Huffington Post: Bad Sex Awards 2012: The Worst Sex Scenes Of The Year and Bad Sex Award Nominations Did NOT Include JK Rowling.)

4 Responses to Sex and the Modest Writer