I tweeted this last night: “SO CLOSE I CAN ALMOST TASTE IT. That is, if writing and endings were taste-able.”

One friend suggested it might taste like the best kind of chocolate. I offered that it might be a fountain Dr. Pepper and maybe this kind of cake: 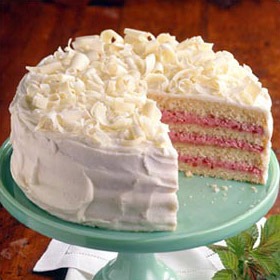 And then of course, I would also need a glass of milk by then. With a straw. Well maybe not the straw, but I got lost in the Mouse-Cookie thing there.

Okay, right, so a slight digression, but believe it or not, this “so close” news really is related to the title and theme of this post.

MUSIC. Next to long walks (or maybe long walks are next to this), music offers me my best inspiration for my writing. I’m someone who can get addicted to a few songs and listen to them over and over again. For weeks.

Not having a fancy iPod to plug into the car radio, I burn CDs (and then burn new CDs) and continue to listen to those same songs wherever I go (which kind of drives my husband crazy, but it really isn’t a NEW thing after 18 years…). The importance of these songs increased once I started writing my novel, because now this music became the crank in my brain to keep me turning my story and my characters over and over in my head.

Obviously (I assume this is obvious) it is not any surprise that music can be a powerful influence on creativity, mood, etc. But a couple of things occurred in the past couple of weeks that interested me. First, my husband asked me about one of the songs that kept showing up on the different incarnations of my traveling CD. He can’t stand the song so you can imagine his hopefulness in thinking that if he pointed out that it showed up on EVERY CD that I would suddenly think “What? Variety is the spice of life – GET THAT SONG OFF!” I do like variety, but I don’t think I would normally use that expression so that is one clue to my reaction to this made up hopeful response.

It’s a Julieta Venegas song – “Andar Conmigo” and it is ranchera style, which quite honestly is not my most favorite kind of music, either – but I like it in small doses. My initial answer was, quite simply, that it reminded me of my characters, who dance. Talking it through more, though, I found what it really does for me is put my characters in a “holding pattern”. Meaning, when I am tossing and turning events and scenes in my head, sometimes I have forward motion in my mind, but sometimes either I can’t quite work a scene out in my head, or am not ready to, and this song has come to represent this nice little area for my characters, my static situations, to “hang out”. Ranchera music has a nice, easy-going swing to it, so I can imagine them just moving about the floor without any fancy moves, but dancing along easily. It doesn’t hurt that the lyrics work nicely, too.

And now, to circle back to how I started this post… this idea that I am almost done with my story. I am, but I do have a challenge ahead. True to how I’ve written this whole story, I’ve jumped around… but now I must jump back – by a lot. My character at the beginning of the story is in such a different stage in her life than the ending scenes I’ve been engrossed in, that not only do I have to immerse myself in what I’ve written before during that time period, I have to dive into the mood so that I can effectively finish out that part of the story. I’ve determined that I must narrow down my playlist to the music I listened to most during that stage of the novel.  All of that music is still part of my current playlist, but I have added a great deal to it along the way, and the new stuff I associate most with the later parts of the story, so that influence does not help me go back.

I’m excited for this challenge. Partly because I like the sections I’m going back to and I like the music that connected me to it, but also because it feels like going home. Ana (my character) and I have come so far, but I like where we started, too.

Stephanie Meyer includes thanks/acknowledgements (or something like that) at the end of her books for the music that saw her through the writing project. I feel I could do that, too. Several different artists make up my “muse” playlist for my current WIP… here are the ones that hold the most songs within it: Rob Thomas, Brendan James, Matt Nathanson, Juanes.

As a writer, how (if at all) does music affect your writing? Do you have a soundtrack in your head – certain songs that you feel could play in the background of certain scenes? What music helps you write?

As a reader, can a scene evoke a song or certain kind of music in your head as you read it?

And, just to annoy my husband, and to let my characters “hang around” while go do some other things, “Andar Conmigo” por Julieta Venegas (a little bit different version than he’s used to, though, so maybe… ? Nah, probably not).

And admit it now: you thought I might have put in “Listen to the Music” by the Doobie Brothers, I bet.

7 Responses to Listen to the Muse-ic