“No, no – that’s not right at all,” he’d exclaimed in frustration. “It’s supposed to be much more sentimental and light-hearted. That was almost downright dark.”

“Because that’s what I heard.”

“But that’s not what I wrote.”

I offer a little bit of self-quoting above to exemplify the idea of tone… which is the mood or feel of writing. It’s perspective and attitude of the narration – of the characters. The other day, my good friend Jo made a most complimentary observation about my writing. Having read an excerpt of my WIP, she made note of a tonal shift between two sections and her basic point, I think, was that the shift was noticeable, but appropriate (and not like the argument above – haha!).

At first I indicated that it wasn’t deliberate, per se, except that I did purposely change the voice of the sections as they reflected different ages and life experience of my main character. But of course, in this case, the two terms, “voice” and “tone” can be interchangeable. Also, as I drove home after that, I thought, of course I did it deliberately – it just wasn’t consciously deliberate. (Does that even make sense? Can something be deliberate, but not conscious? Someone go look that up right now and report back…)

What I mean is that I know my story – the WHOLE story so well, that even when I am not focused directly on tone, metaphor, foreshadowing, and other literary devices (yep, went all English teacher on you there… here’s a link: http://literary-devices.com/), I use them with purpose and appropriateness.

I could have looked at the two sections Jo talked about and second-guessed myself…thinking that my tone changed as I wrote more; that it matured. And though it HAS matured, this wouldn’t be a good example because as I’ve talked about before, I don’t write linearly and the earlier sections weren’t even written until much later sections were. So, it comes down to knowing my story. Foreshadowing falls neatly into place this way, too. 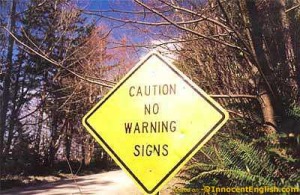 Whereas sometimes I place a bit of dialogue or some other behavior within a scene that is meant to plant a seed for a future event, frequently, the BEST foreshadowing pieces (for my own experience) come from my characters’ mouths without me planning them.

And yet, that makes it sound like I don’t plan them. Which I don’t. But that isn’t really true, is it? Because what I’m coming back to again is the idea that I know my story inside and out. I think this is imperative with any fictional story. Because it is one thing to be surprised about what happens in a story, but quite another to say, “What? Where did that come from?” or to find something that is too predictable. (What is worse is reading a novel that has both problems in it. Is that even possible? Sadly, it is. Such a very different blog post for a book that I read that was so bad that I don’t think I can be so mean as to write a blog review of it – I will, however, write one for Amazon…) So when a character says or does something that makes me think, “yes, that really plays well into what will happen later”, I can say that my characters know best (and they really do, I cannot emphasize that enough), it also indicates that I am subliminally inserting that foreshadowing – or shifting tone and voice.

I don’t teach a lot of creative writing. It’s mostly expository writing (you know, “essays”), but through that I help students understand voice and at the beginning stages I help them focus on details, because the more detail, the more likely their voice will come through not only due to what kinds of details they choose, but because they are simply writing more. Creatively, though, tone comes through best when you know your characters best. Foreshadowing, while not a necessary element, can come through knowing your story best.

When I write a fanfiction story, I write in a “case”; in other words, a crime/mystery. I actually do outline, sort of, these stories, because there are too many details to keep track of – evidence, suspects, etc. (It’s kind of stressing me out just talking about it right now – experienced crime/mystery writers would look at these stories of mine and LAUGH. But I’m cool with that.) My point, though, is that I review that sketchy outline/timeline over and over so that I know my story and therefore keep the tone and foreshadowing appropriate throughout.

As a writer, do you worry about tone? Or does it just come naturally? Do you consider foreshadowing? How do you go about foreshadowing?

As a reader, how does foreshadowing affect you? Or does it at all? Have you ever read anything where you actually noticed a tonal shift that felt off?

And how about a tone that is a Peaceful, Easy Feeling?