Fundamentally, this concept of wordcount means absolutely nothing to me. Students will ask how long something has to be, and even though I will give them some very general guidelines, I almost always say, “as long as it needs to be.” I used to follow the #amwriting hashtag on Twitter and was amazed at how often I saw tweets about daily wordcount goals or celebrations with how many words someone had written. Friends do timed writing events in order to spur high wordcounts in short amounts of time. When I write or read the fanfiction that I talked about in my last post, if I feel a chapter is too long or too short, it has nothing to do with the actual wordcount, but the content – the story itself. Because, again, a chapter is as long or short as it needs to be.

I have no real idea how much I write each day. Most of the time, I’m kind of slow, so I’m pretty sure I’m not meeting a lot of others’ daily wordcount goals. I totally get (well, maybe not totally) the idea behind wordcount goals. Some authors have real deadlines. Some writers find that it is way too easy to let the rest of life distract them. Some writers find writing enjoyable, but extremely challenging and need the discipline of such goals.

It’s just not my thing. I’m cool with an inconsistent progress and really, it’s what has to work for my life. I work from home and am also a stay-at-home mother and I slip writing in whenever I can. It works for me. My celebrations come when I get a particular scene finished or knit together major sections that weren’t connected before.

So what is my nemesis? Well drat it all if it isn’t, after all, the stupid WORDCOUNT. Right now, this wordcount business is kicking my ass. 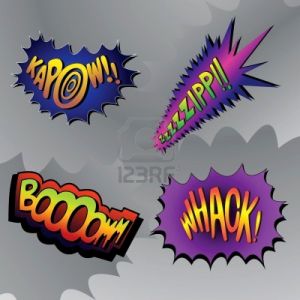 Because, “here’s the thing”. Length of a novel, especially a debut novel, matters. If it’s too long, I’m in for trouble. If this were a second novel and the first did well, I might be able to get away with a much longer one.

Would you like to know some fun facts? Barbara Kingsolver’s debut novel, The Bean Trees, is about 80,000 words. (Poisonwood Bible was perhaps around 200,000.) Wally Lamb’s She’s Come Undone: 145,000. The Help, by Kathryn Stockett: 139,000. These are rough estimates; I’ve seen a pretty wide-range of estimates for each novel I’ve listed, but the guidelines remain.

My current wordcount, and still not finished?

Most days I can slip past this worry and tell myself: “Just keep writing your story and worry about editing later.” But 1 out of every 9 days or so (how do you like THAT estimated statistic?), this wordcount stops me in my tracks and when it starts to directly affect how I tell my story, I force myself to take a step back. This past weekend, it did not affect me that way, but did put me in a freeze as I let myself drift into the land of “Babe, you are going to have to cut thousands of words.” And when put like that, the task seems both daunting and downright depressing.

Tomorrow. Tomorrow I will be able to move past this again and delve into my story and know that what is to come as I approach the end belongs there – at least for now. I will worry about shedding Blood, Sweat, and Tears later.

Like Loading...
This entry was posted in Writing and tagged fiction writing, wordcount, writing. Bookmark the permalink.